Professional wresting isn’t something I normally think of as being a thing I enjoy. I understand it for what it is, and I feel like I gave it a fair chance in my younger years. I watched a little bit of it, and got to go see it live with a friend (who loved the whole spectacle) when the WWF came to my home town on a tour. I even made one of those little signs to get into the fan rivalry. My sign proclaimed Kurt Angle to be “our Olympic zero” riffing on his gimmick of Olympic hero. It was fun, but even at that peak I never fell under the spell of wrestling fandom in the way I could be drawn into science fiction and fantasy. If I was going to do pretend violence, I wanted to do it with fireball spells rather than folding chairs.

So, when I was offered the chance to play World Wide Wrestling, a tabletop RPG based in the world of wrestling kayfabe rather than one of magic or spaceships I wasn’t sure how much I could enjoy this if it has been over fifteen years since I last felt compelled to engage with this kind of show in any way. But at the table with my group that usually plays World of Darkness or D&D, we started roleplaying as professional wrestlers. It turned out to be loads of fun. 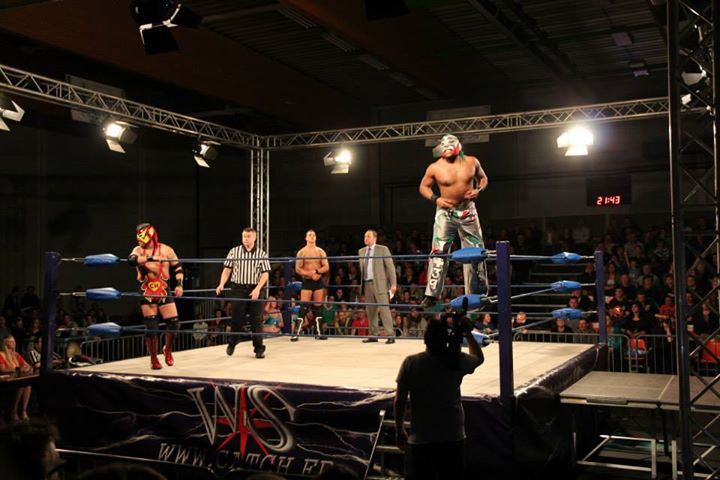 One thing I would recommend for anyone who isn’t already a wresting fan who wants to play World Wide Wrestling is to have a cheat sheet of professional wrestling moves handy so that you can narrate your character’s actions in the language of professional wrestling. Like the theatrical performance of professional wrestling, WWW is heavy on the narrative side. Reading your character sheet and the rule book give you a lot more information about who your character is than about the specific techniques he or she can employ. It’s up to you to know how to describe the thing you want to do, and it’s helpful to have an extra reference if “seated senton” is not part of your usual jargon. There are a couple pages of this in the WWWRPG Final Play Aids document, but I found that having Wikipedia’s list of wrestling attacks to be more helpful.

What I found is that while the real-life performance of this art is theatrical, the tabletop game plays out surprisingly dramatic. Yes, as it is in the real thing, management plans out who is going to win each match before it begins. However, how we arrive at that conclusion develops spontaneously based on dice rolls, and the narrative arc that connects the matches changes in unpredictable ways based on character choices. It’s up to Creative (that’s the role equivalent to DM or GM) to line up the matches and decide the outcome, but to weave the matches together into a coherent show is an interactive process that includes the players. The end result cannot have been predicted by Creative before the players arrived. It’s not unlike the process of sketching out a plot for a fantasy RPG and then having it warped and twisted by the schemes and actions of the players.

In many ways, this is a gaming experience that is not fundamentally different than what I consider to be more typical tabletop roleplaying games. Like the theatrical performance, I don’t think I could get into this one week after week, but every once in a while I think it’s good to try something a little bit different and I have found World Wide Wrestling to be a good way to do that.