CAGEO: And Now The Conclusion

Last time on The Casual Alpha’s Guide to EVE Online… and now the conclusion:

I can’t say I’ve done it all in EVE Online; very few people can say that. I can say that I have played enough to understand what the game is about even if I haven’t participated in every activity. I’ve learned things in the game, outside the game in the “meta” game of EVE Online, and in blogging about it. I am sure I want to do more series of posts, and sure that I will never again use acronyms in the post titles to identify which series the post belongs to. I am sure that EVE Online is a special game, but still not sure I am buying a subscription in the next little while as I finally hit the ceiling in terms of what in-game skills an alpha clone can train. And, should I decide to go in on a subscription, what does Aleff Knoll’s future career hold? I don’t know.

What I do know is that there is a lot one can learn about this game. A lot of what can be learned is potentially useful for people interested in game theory and philosophy. And it can be really hard to learn these things without giving it a shot yourself. It is my hope that this series has given enough of a peek into the underlying game for those who will never actually play it to glean some of what I have learned and to appreciate the efforts of others who try to explain the game from a point of view outside of the EVE community and its jargon. Based on my experience with the game, I have come up with the following diagram to explain how I understand it to work:

I have found that while sources such as Uniwiki are great for new players, it is nearly impossible to open that up as non-playing observer and still make sense of it. Rather than boring my non-capsuleer audience to death with jargon-heavy descriptions of in-game activities, I have decided to describe it as something similar to a Euro-style board game. There is a generative phase, which provides resources. This is like rolling the die in Settlers of Catan and collecting the appropriate resources. Or the “draw phase” in deck building games. This is followed by a phase where one plans and assigns resources to different priorities, like in 7 Wonders when you commit the card from your hand that you are going to play. Then, lastly, there is a degenerative phase: with your resources collected, arranged, and deployed it is now time to resolve strategic conflicts. Sometimes there is an element of luck, but typically it follows how well you have done in the previous stages. In some games, dice are rolled while in others the outcome is a matter of counting.

To elaborate further on my diagram: 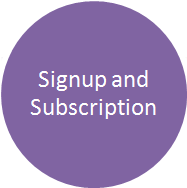 The cycle begins with account registration and (optionally) purchase of subscription time. Any ISK-value that gets paid to NPCs or vapourized in PvP combat is, essentially, the house’s winnings. Buying subscription time can be skipped if you are really good at producing and planning and marketing as you can buy subscription time in-game with ISK. Sounds neat, until you consider how long you would have to grind to make what is, essentially, less than two dozen US dollars. If you can make billions of ISK doing something you enjoy in an amount of time that fits your lifestyle, congratulations: you play for free. If not, you are relegated to free-to-play status or have to pay. It’s a neat system because most games are either pay-to-play or will try to microtransaction you to death. The interesting thing is that for every player who pays real money to sell play time for ISK, there is always another player trading in their ISK for free play time. Or, you have the option of paying for entertainment like a normal person. The fact that the market for PLEX (the in-game item that represents subscription time) is player-driven is one of the things that makes this game special. 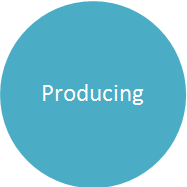 Generative activities such as all varieties of mining, running missions for NPC agents, scanning down and unlocking exploration sites. This can be skipped if you are very good at planning and marketing, good at consuming, or willing to pay up in real money for subscription time (which can be sold to other players). Big time traders and PvP pilots don’t build all their own ships and components when loot and salvage either provide for the needs or can be sold to buy stuff from players who actually like mining and/or manufacturing stuff. As I noted in Pirates, Carebears, and Emergent Gameplay the desire to do things other than shoot at other players is not at all risk free, and is in fact more fun and interesting because there is risk involved. If the mining experience was risk free, then it would be dominated either by illegal bots or players who can replicate the behaviour of bots (what CODE. calls bot-aspirant). Regardless of your opinion on how those guys play the game, it is clear that risk of some kind is the only thing that makes casual ratting and mining profitable; lest we all be undercut by an inhuman level of grinding. As a producer, your game is risk vs. reward. 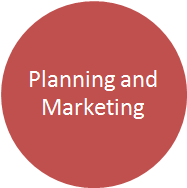 This is where you buy things, sell things, and put the modular pieces of ships together. This is also where you would find a fleet to join in order to further your goals, whether mining asteroids or shooting other players. A little bit of this is inevitable. Minimum time can be spent on this if one has good friends and/or cares little for maximizing their ISK/hour profit and just wants to mine rocks with lasers or build stuff or blow up other ships. Focusing on this is where you find the “spreadsheets in space” aspect of the game; some people like that and can turn a profit on it. I would put permissible scams in this part of the cycle because no ISK joins or leaves the market system when one player cons another player into a bad deal. A player can take this as far as he or she wants to, or not. I have certainly sold in-game items for ludicrously small amounts simply due to the fact that I did not have the time or patience to collect the things, bring them to a trade hub, figure out the price, etc. Someone made ISK on that. Some people thrive on being able to capitalize on my willingness to offer huge bargains. 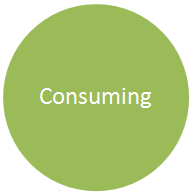 Destruction of your assets by other players consumes the stuff that is built and sold in the producing and planning and marketing parts of the cycle. This is the part of the game with explosions and lasers. It is hard to completely avoid, but easy to minimize if you prefer the “carebear” style of play. This is the part of the game I have done the least of, being a bit shy about not being active as much as other players are, being an alpha clone (and therefore restricted in skills and equipment), and in general not being an overly aggressive person. I spend more time avoiding combat than engaging in it, but I can’t avoid it all the time, as you can see below. Everybody loses some ISK in the PvP sandbox, even if you are just trying to fly an exploration vessel through a shortcut between the game’s two largest markets (and therefore, an excellent place for pirates to set up a trap). If pew-pew-pew is your thing, the game does certainly offer plenty of that. This is the area that I will be exploring more of in the future.

My conclusion is that the game is not purely a fancy science fiction skin for MS Excel. It can be sort of like that if you choose to set yourself up that way, but it’s not something I can see happening organically. This cycle represents what is, pardon the phrase, a game that is almost infinite in the sense that most of the interesting gameplay that occurs emerges from the players and is dramatic rather than theatrical. The bounds of time and space exist but are impractically large; given a human lifetime a person could never see everything there is to see in New Eden. It is finite in the sense that it started in 2003 and will at some future date end. The universe is quantifiable. But unlike most other games, it embraces and revels in the fact that while developer-born content exists it isn’t really the game’s main draw for most people.

It is possible to have fun as a casual alpha, but only if you can define what fun is for you and achieve a reasonable set of goals you have set for yourself. It is not necessary to pay thousands of dollars and invest every scrap of free time into this game as long as one has a good grip on expectations and has set appropriate goals. So, if you are an interested observer who has been reading this series but have never tried the game, I can at this point recommend you give it a shot. It’s free to do so now, and the alpha clone system is much better than getting the full game for only a week or two like it used to be. If nothing else, you will gain the ability to understand (without my interpretation and guidance) what other players write and say about the game. I understand why most people won’t be interested, so I am not going to try and hard sell my reader(s) into it. But, if you decide to give it a shot, feel encouraged to send me an EVEmail.

That’s the end of this series. Please leave a comment if you’ve found this interesting or helpful.